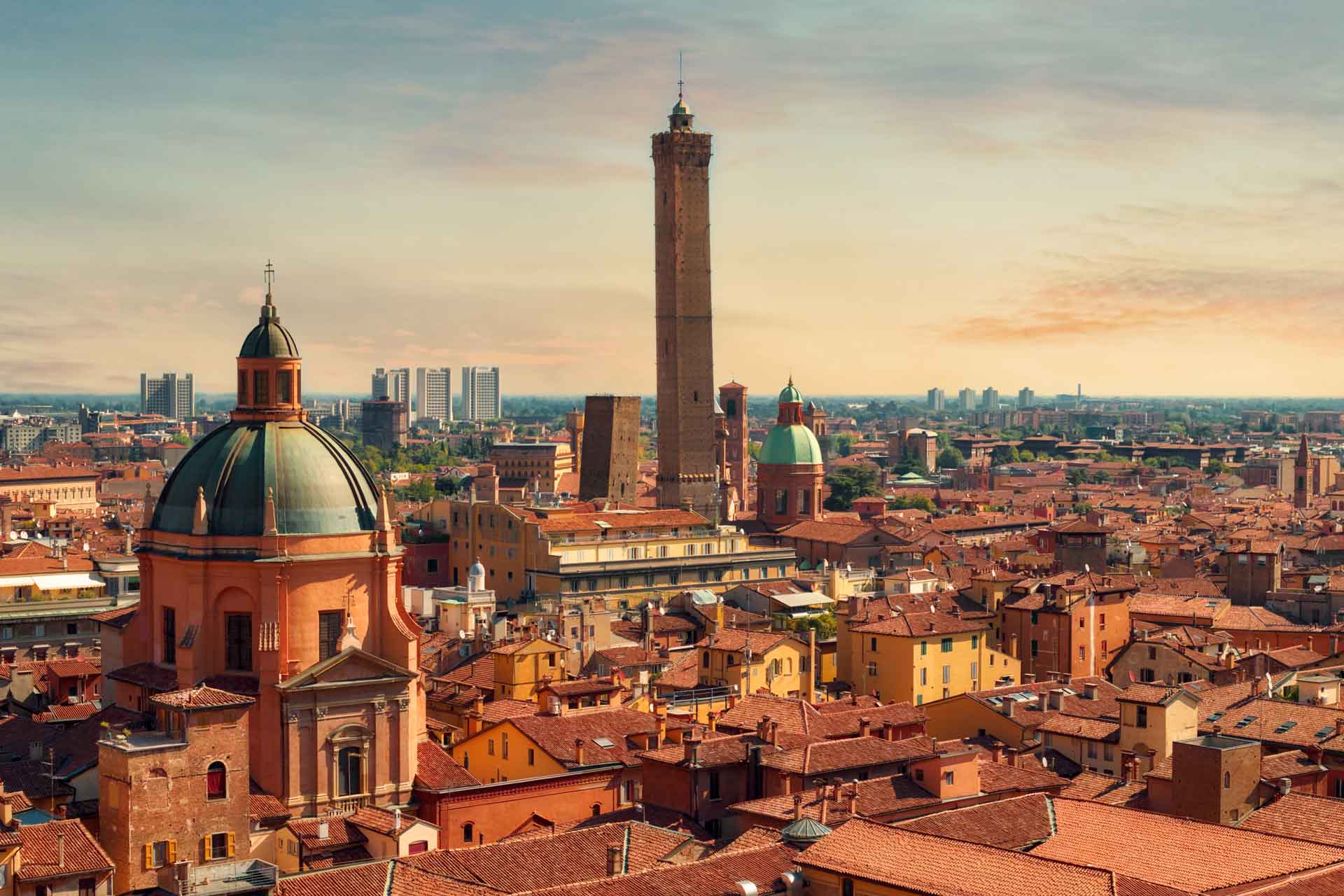 A combined tour that matches some of the characteristic elements of the Emilia-Romagna: the big city of Bologna placed in the middle of the region, the beautiful and close to the seaside Ravenna, and Brisighella, laid down on the nearby hills.

Arrival in Bologna and transfer to 3/4* Hotel.
Lunch in a typical restaurant in the historical centre to taste the savoury flavours of this region.
Guided tour of the most important monuments of the city. From the huge Piazza Maggiore, the
core of Bologna, you can let yourself be seduced by some of the buildings that overlook the
square: Palazzo D&#39;Accursio (headquarter of the Town Hall) and the Basilica of San Petronio,
housing the largest sundial in the world (67 meters). Around the corner, you can admire the
Fountain of Neptune, one of the symbols of the city. In front of it, you will find Palazzo Re Enzo
that conceals the Voltone del Podestà, which represents one of the so called “7 secrets of
Bologna”.
Dinner. Overnight stay in Hotel.

Breakfast at the Hotel.
Transfer to Brisighella, where we will begin our guided tour discovering this village lost in a natural
and still untouched scenery.
Oil tasting: different types of olive oil, served with some traditional cheeses, jam, honey and wines
of this territory. Between October/November it is also possible to see an olive-press working.
After a short walk through the streets of the Medieval Centre, the tour continues to Ravenna.
Lunch in a typical restaurant in the centre of Ravenna.
In the afternoon, guided tour of Dante Alighieri’s Tomb and some of the extraordinary early
Christian and Byzantine religious buildings of the city (5 th -6 th centuries AD), included by UNESCO on
the World Heritage List. Let yourself be astonished by the outstanding mosaics that will feast your
eyes on the gold!
Dinner. Overnight stay in Hotel in Bologna.

Breakfast at the Hotel.
After breakfast, guided tour to the Sanctuary of the Madonna of San Luca in Bologna. Located
atop a forested hill, is both a reassuring visual landmark for people from the city returning home
and a symbol of the city itself. It is possible to reach it by car or walking the 3.8km of monumental
roof arcade (Portico di San Luca) consisting of 666 arches, built to protect the icon of the Virgin of
St. Luca as it was paraded up the hill.
Lunch in a typical restaurant.
After lunch, transfer to the airport or train station.